The Forum opened with CGI Glass Lewis’ debriefing of the 2019 proxy season. While the Forum is conducted under the Chatham House rule, CGI Glass Lewis has allowed us to summarise the discussion on:

CGI Glass Lewis noted the decrease across the ASX 100 may be due to the increased number of no STI payments in 2019 (see HERE), and the reduction in the number of combined incentive (or hybrid) plans. Both of these factors were points of disagreement with shareholders in 2018.

Guerdon Associates’ views on the prevalence of strikes can be found HERE .

The number of directors up for election with more than 25% of the votes against them rose from 26 in 2018 to 29 in 2019 (noting that less than majority support for a director election is rare. If that becomes apparent, a director will often generally resign before the vote and avoid risking failure). Only 3 directors received more than 50% votes against their election. Of these, two of the director nominations were opposed by the board in contested elections.

In CGI GL’s view, the 29 protest votes against directors were a function of:

There is a growing trend of shareholders being more willing to vote against director elections. However, only 3 director elections were actually voted down (two of which did not have board support). More may have withdrawn.

The latest Glass Lewis press release in response to COVID-19 indicates they expect there may be more directors that Glass Lewis may not consider up to the task (primarily from being over-boarded during a crisis hitting multiple companies at once). See HERE . 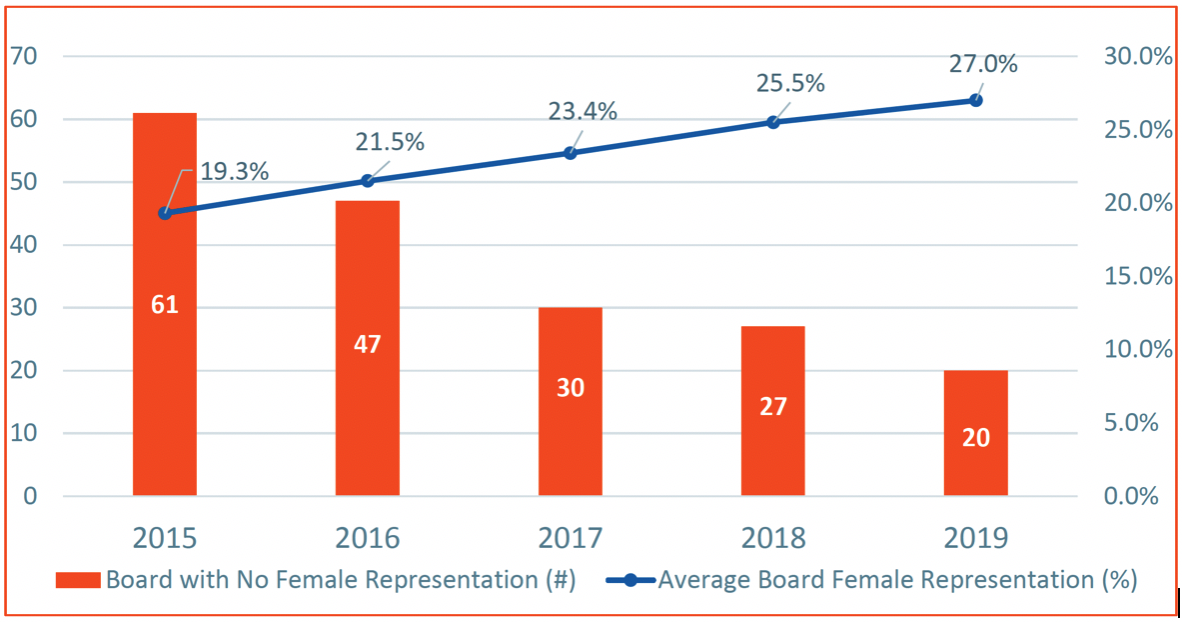 The common issues for these shareholder proposals included:

Twelve resolutions received more than 10% of shareholder support in 2019. This is an increase from 4 in the prior year. To date, no ESG shareholder proposal has received a majority. The highest vote continues to be Origin Energy where, in 2018, 44% votes were cast for a climate change and energy advocacy report. This year the company with the highest percentage of votes for a shareholder ESG proposal was AGL’s climate change transition plan vote, with 31.4% voting for the proposal.

CGI GL consider engagement with shareholders on these resolutions is the best policy, stating that when a resolution comes up, companies should attempt to explain any opposition they have to the ask of the resolution.