In 2021, two of the world’s largest global asset managers, State Street Global Advisors and BlackRock, have set climate risks as one of two main stewardship priorities and made it clear that there will be increased pressure on boards to disclose and act more on ESG (see HERE). In Australia, ACSI outlined its climate change policy which includes recommending its members vote against directors of ASX 200 companies who consistently fall short of expectations on managing climate changes risks (see HERE). ACSI and various shareholder activists have pushed for the introduction of a “Say on Climate” vote which has already been adopted by some ASX 100 energy and mining companies.

The GECN research explored if and how boards have responded to the increasing investor pressure by introducing Environment measures into their executive incentive plans.

Our findings (based on the ASX 100, USA’s S&P 100, Canada’s TSX 60, France’s CAC 40, Germany’s DAX 30, Switzerland’s SMI 20, the United Kingdom’s FTSE 100 and Singapore’s STI 30) suggest that no industry can be complacent about the inclusion of environmental targets in incentive plan metrics.

While high polluting sectors – energy, materials and utilities – continue to be market leaders incorporating Environment measures, the most significant sector increases were in market laggards – financials, information technology and health care – which doubled the numbers of companies in each sector with Environment measures. Consumer staples similarly saw an increase in take-up of environmental measures. 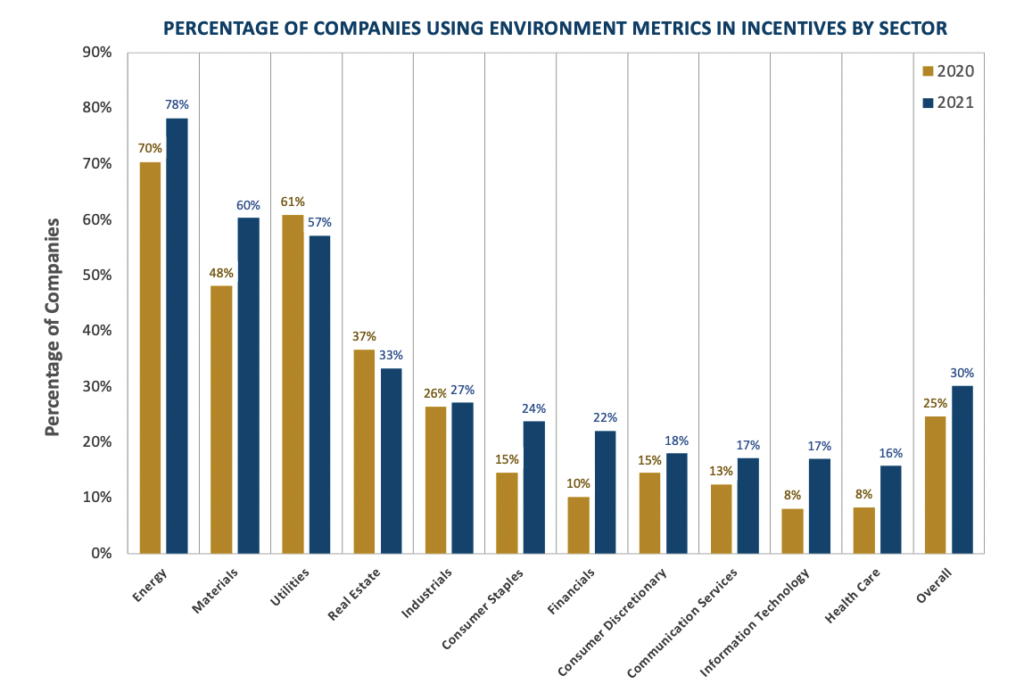 This is not entirely a European phenomenon (although the Europeans are leading the way). More companies in Australia, the United Kingdom and USA also introduced Environment measures in executive incentive plans. Only Canada and Singapore saw a decline in the number of Environment measures. 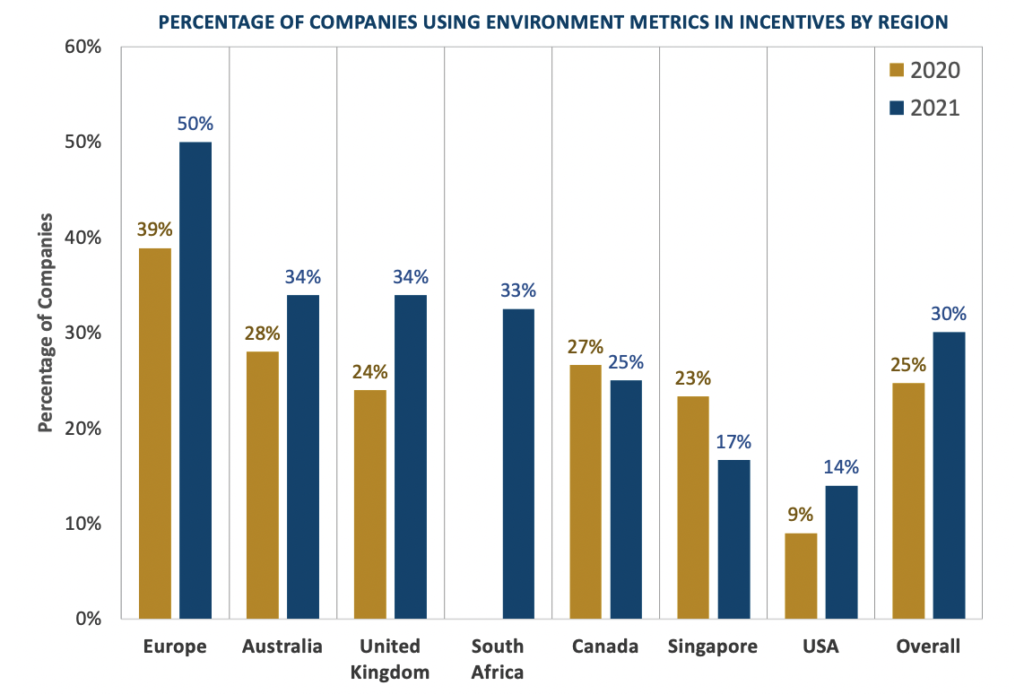 For now, short-term incentives continue to be the predominant place for boards to assess Environment performance outcomes in their incentive plans, although this year saw more companies introducing Environment measures into their long-term incentive plans (Noting, however, that much of the increase is attributable to overseas companies, particularly in continental Europe).

As companies develop their climate risk strategy to include robust targets over the long-term, we would expect to see an increasing trend towards more long-term climate-related metrics being introduced into long-term incentive plans. 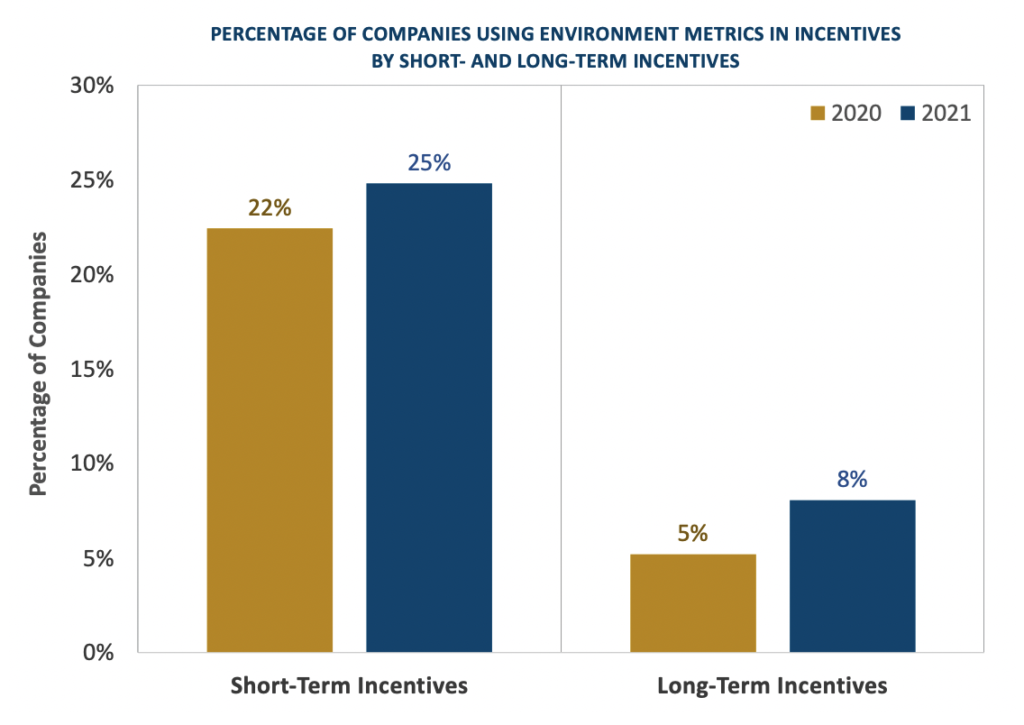 In engagement sessions for this proxy season, two of the four proxy advisers in Australia have notably stepped up their expectations of climate exposed issuers to include targets in incentive plans. Historically, proxy advisors have opposed companies with ESG metrics in their long-term incentive plans. Indications are this may be shifting.

Our GECN Group research report on ESG and executive remuneration will be published and available to clients and subscribers next month.