Should retail super board members be worried about the level of director fees?
11/12/2017

Without conducting a similar analysis and matching NED fees against NED fees, it’s difficult to say how much more, if at all, retail super fund directors are paid.

As it is for investors in ASX listed companies, individual director pay should not be the primary focus of superannuation fund members. Rather, it should be the overall cost of the board. How much are the funds paying directors as a whole?

To obtain an idea of this we graphed the latest (i.e. 2016) APRA information on the total remuneration paid to superannuation trustee board directors for industry fund boards and boards of retail funds. 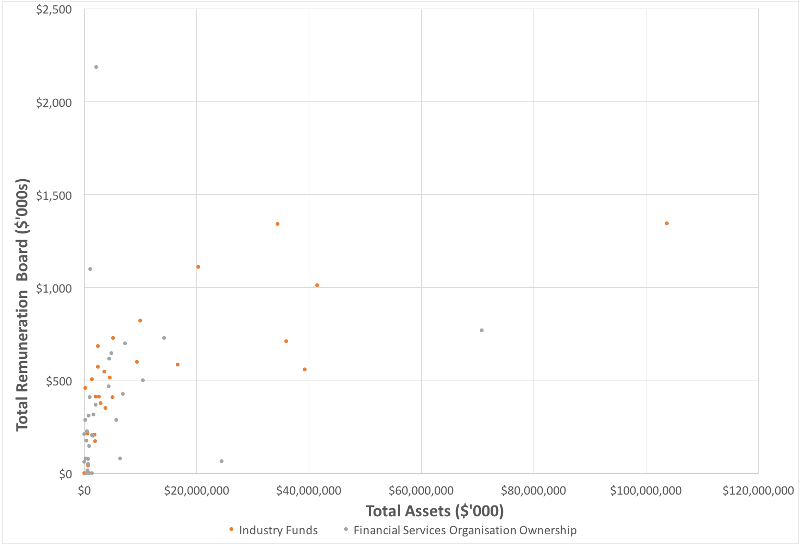 It can be seen that remuneration paid to directors varies by fund size. Yet aside from two outliers, being Equity Trustees Limited (a listed company) and Australian Ethical Superannuation (a retail fund), there appears to be no trend for retail super funds to pay their trustee board more than industry fund boards.

Retail funds have less directors. This means a higher workload per director, as well as higher remuneration per director. The average industry fund board has almost three more directors (40%) than the average retail fund trustee board.