It is once again time for GuerdonAssociates’ annual review of pay increases for Chief Executive Officers (CEOs) and Managing Directors (MDs) who led ASX 300 companies in the past 2 reporting periods.

Our annual review indicates that incentive targets were “right-sized” after the initial pandemic year wiped out many executive incentives.

The sample consists of 171 ASX 300 CEOs who served two full years over the FY2021 reporting period. Remuneration data was sourced from GuerdonData®, and total shareholder return (TSR) was sourced from Bloomberg®.

The median CEO total remuneration (TR) increased by 15.8%. This can be largely attributed to sharp increases in variable remuneration with STI and LTI having median increases of 24.6% and 19.4% respectively.

While the median increase in ASX 300 CEO total remuneration has been trending downwards over the last four years, this year saw an increase instead, with more than half the CEOs experiencing an increase of more than 15.77%.

The table below shows the median year-on-year change in each remuneration component over the last 3 years (see HERE for 2018-19 an HERE for 2019-20. 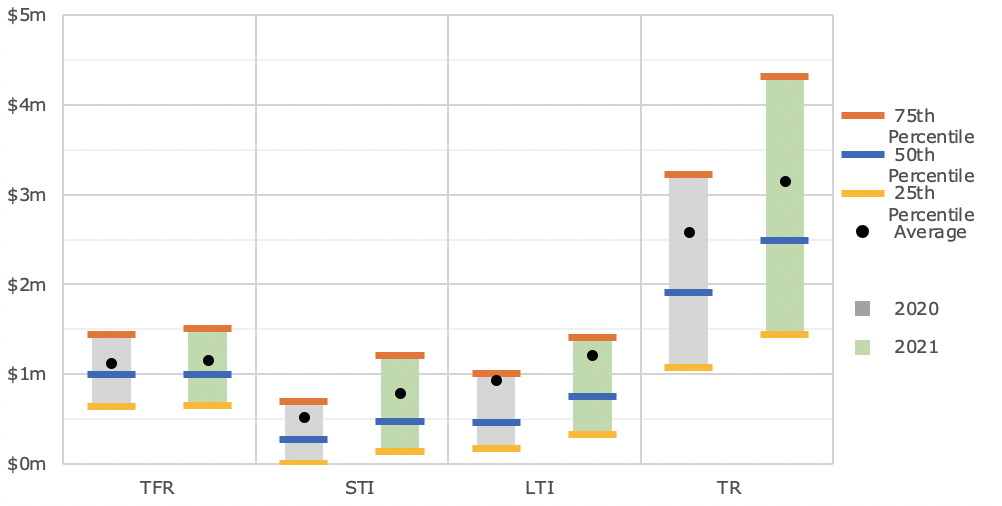 Figure 3 shows the proportion of CEOs that saw a year-on-year increase or decrease in each remuneration component by more than 1%, or a change within 1%.

Half of the sample experienced an increase in TFR, while 19% experienced a decrease. This decrease is down from 27% in the prior year.

Overall, more CEOs received an increase in variable remuneration. In the prior year most saw a decrease.

Table 2 shows the median change in remuneration and TSR based on the 30-day market capitalisation quartiles, as of 30th of September 2021.

CEOs of companies in the second and fourth market cap quartiles saw the largest median increases in TFR of 1.7% and 1.3% respectively.

The top 50% of CEOs of companies by size saw the largest median increase in STI. The top quartile of company size STI increase of 28.8% contrasts with the prior year which saw a median decrease in STI of 36.9%.

Table 3 shows the median change in remuneration and TSR across the different sectors.

The sector breakdown shows how each industry is recovering in the aftermath of COVID-19.

Most sectors saw an increase in TR.

The Communication Services sector saw the largest increase in TR of 50.5%. The increase was largely driven by an increase in STI. The sector also had the second highest median TSR increase or 46.1%.

The Consumer Discretionary sector saw the largest median increase in TFR of 5.2% and saw increases of 30.4% in STI and 22.9% in LTI for the third highest TR increase of 22.9%. 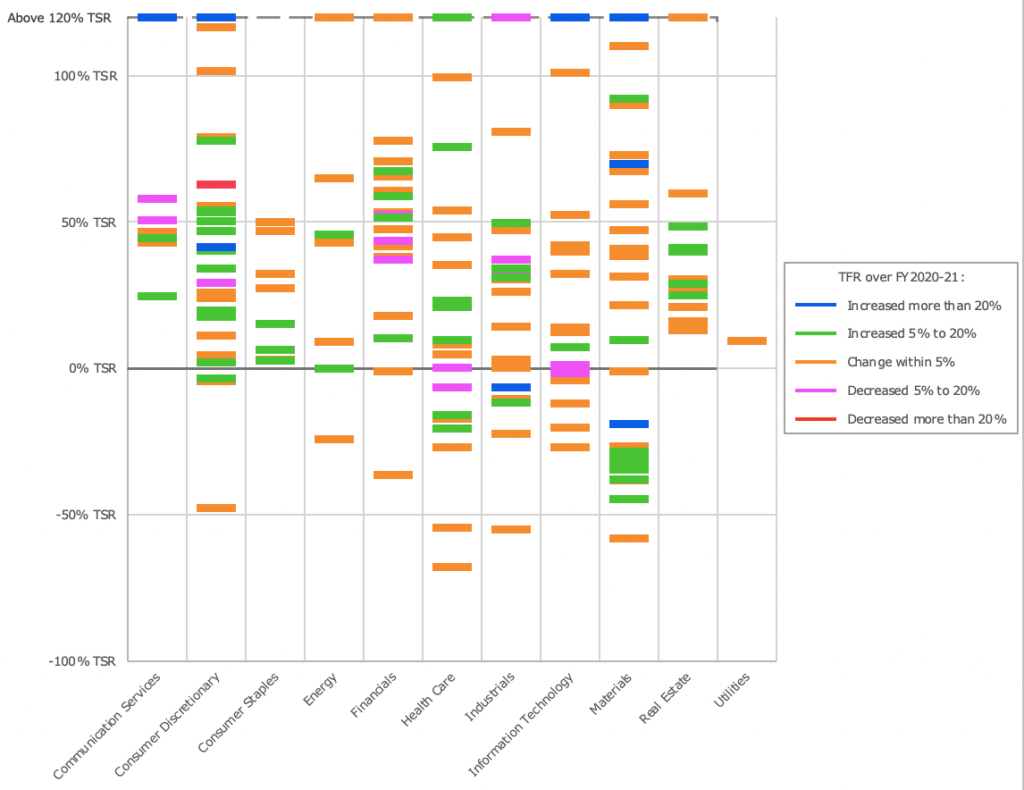 To reduce the effect of spurious outliers on the average, the data set is truncated at the 5th percentile and 95th percentile for each remuneration component. Table 4 shows the average and quartiles.

There are several methods to indicate an average remuneration movement.

An average across the ASX 300 CEOs weighs each incumbent equally. This approach can be skewed by lower paid CEOs in the sample who have highly volatile percentage changes in pay due to:

The ASX 300 incumbents were taken after the September 2021 index rebalancing. Remuneration figures for the CEOs were obtained from GuerdonData®, a database of remuneration information sourced from the statutory disclosures present in company annual reports.

Companies that have not disclosed their 2021 annual reports at the time of analysis were excluded from the sample. Companies that floated on the ASX in 2020 or 2021 were excluded, since they have no remuneration disclosures available prior to their listing. Externally managed entities and companies incorporated outside of Australia which do disclose remuneration in accord with Australian accounting standards were also excluded.

Some results may be reflective of data-mining effects rather than underlying causal factors, due to the limited sample size of 171.