We have again put this to the test.

Guerdon Associates has continued their annual study of remuneration report votes to determine the extent that company performance is behind voters’ actions, rather than an aspect of remuneration per se.

We explored potential relationships between the percentage of votes against the remuneration report, Total Shareholder Return (TSR), Total Assets, and Return on Equity (ROE), over a period of 10 years for the ASX 300.

In previous articles by Guerdon Associates (see HERE, HERE, HERE and HERE), similar analyses were undertaken. This analysis builds on prior studies with the addition of 2021 annual general meeting (AGM) and performance data.

While ROE would be a logical measure, we are yet to observe it to have an impact on shareholders’ remuneration report vote.

These results are consistent over ten years of data.

When dividing the TSR into 10 groups based off their decile, the trend stays the same. 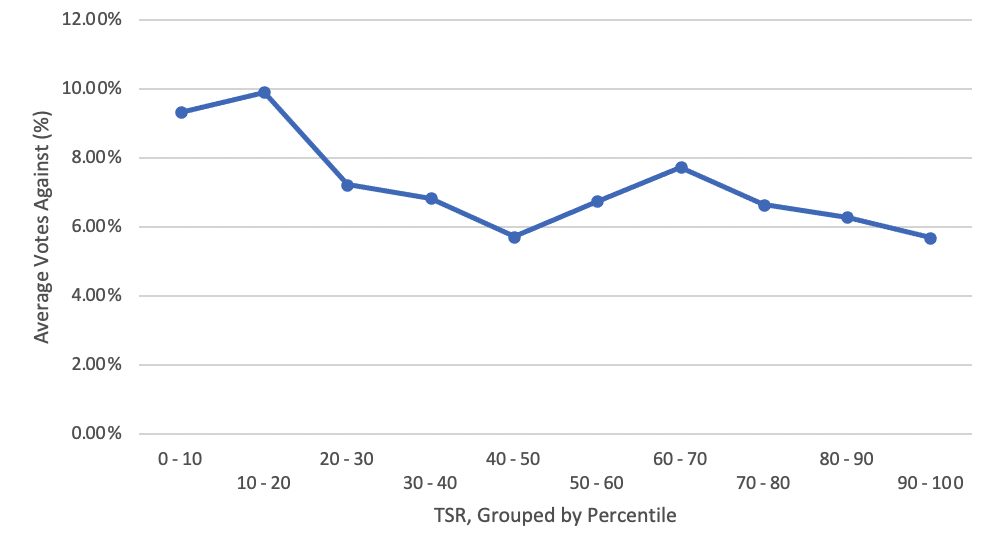 The average votes percentage against the remuneration report is declining steadily as the TSR percentile increases. A company that falls in a higher percentile of TSR in a given year is less likely to receive votes against the remuneration report. The trend is consistent except for companies that fall between the 40th and 70th percentiles. These outliers are not significant enough to affect the overall result.

This trend shows the same effect as is seen in the regression analysis, which should be taken as further evidence of the strong relationship between TSR and votes against the remuneration report.

Consistent with the previous analysis, Total Assets were found to be statistically significant and to be positively related to the proportion of “no” votes. Therefore, the more assets the company has, the more likely a vote against. This effect has a p-value of 0.000007, meaning there is only a 0.0007%, or 7 cases in 1,000,000 that this is coincidental.

Therefore, larger companies will have more of a struggle than smaller companies to prevent votes against their executives’ remuneration packages, even if they have similar annual TSRs.

The following scatter plot presents Total Assets against the proportion of votes against the remuneration report with the trend line being upward sloping. Note that the scale of the X axis is logarithmic thus creating the appearance of a curve. 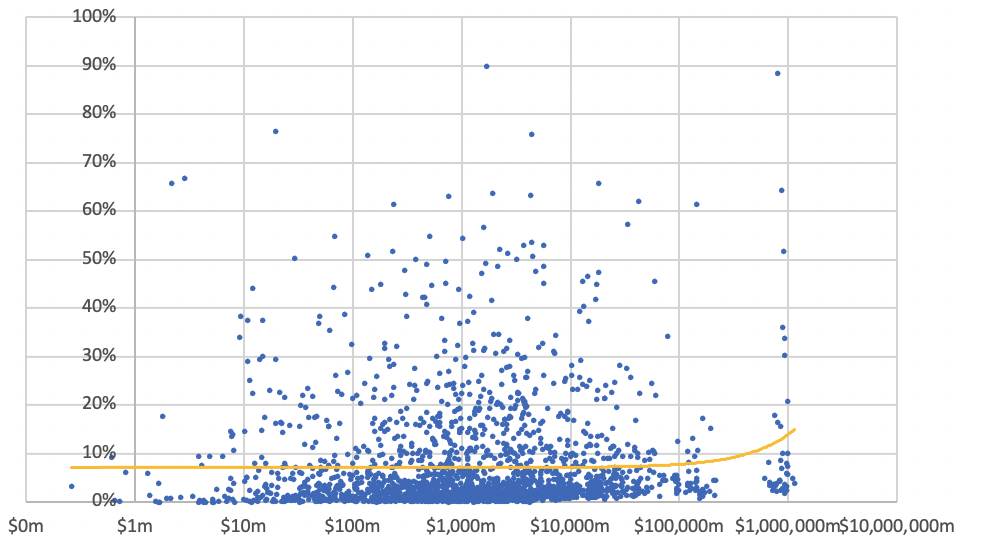 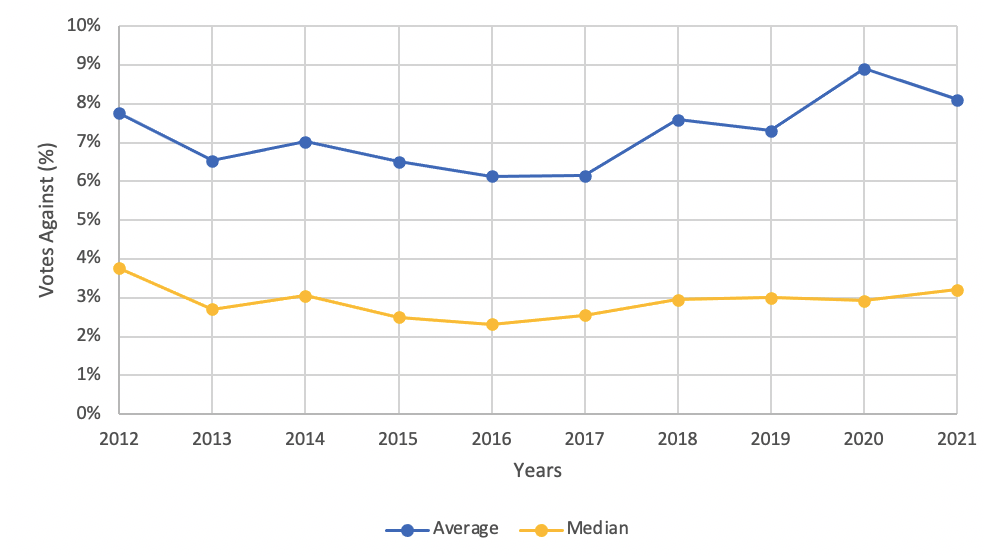 The median votes against the remuneration report are fairly stable across all years. The average votes against are also fairly stable with the largest changes seen in 2018 and 2020. As the median is significantly lower than the average, a small number of companies are attracting large no votes.

In conclusion, the analyses tend to support the contention by many company directors that votes against their companies’ remuneration reports are not about whether remuneration is appropriate, but TSR.

To analyse the effect of Total Shareholder Return (TSR) on pay voting outcome, we considered companies in the S&P/ASX300 and applicable financial measures. Voting outcomes were sourced from Bloomberg and relevant disclosures. We only examined companies that held AGMs to vote for the adoption of remuneration reports between 2012 and 2021, which reduced total observations to 2143.

where Votes_Againsti is a logit transformation (the natural logarithm of x/(1-x) where x is the votes against). TSRi was taken as a one-year total shareholder return up to the AGM date. Assetsi was Total Assets and ROEi was Return on Equity of the ith company respectively, with N = 2143 observations. The years within the equation serve as dummy variables and refer to the financial year end.

Companies with a financial year ending in December have not been included in the 2021 data as there have yet to be meetings for these companies. This may create some skews in the 2021 data that are unavoidable at this point in time.